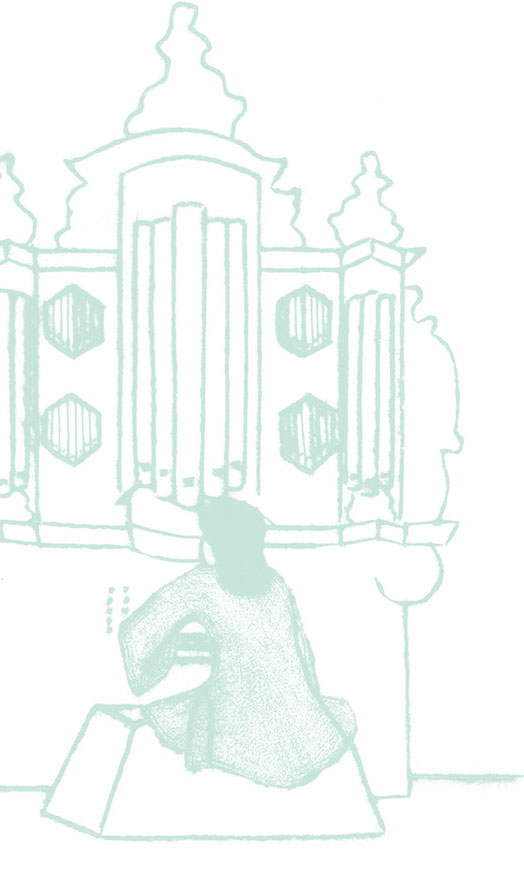 Who was
Arp Schnitger?

A Brilliant Artist and
a Successful Businessman

Arp Schnitger was born in the Oldenburg dictrict of Wesermarsch in the Northwest of Lower Saxony, and was baptised on 9 July 1648 in Schmalenfleth (in the parish of Golzwarden). His funeral took place on 28 July 1719 in Hamburg-Neuenfelde. How exactly he acquired his unusually high level of education and his knowledge of Latin is still not clear, and needs to be the subject of further research. Initially he trained to be a carpenter in his father’s workshop. There the foundations were laid for the excellent workmaship which can still be admired in his organs today. His father also worked on the organ of Golzwarden as a carpenter.

In 1666, Arp Schnitger went to his uncle Berendt Hus in Glückstadt to become an apprentice organ builder. He soon became indispensable and had a considerable influence on the work at the workshop. The 1673 church accounts of St. Cosmae in Stade record a large allowance for the assistant organ builder. In 1676, he was in charge of building a large organ project for St. Wilhadi in Stade, and by completing this he qualified to take over the workshop after the death of his master.

His first commissions included organs in the vicinity of Stade. It is likely that he got the commission to build a prestigious new organ for the Johannis-Klosterkirche in Hamburg through his collaboration with the eminent Hamburg woodcarver Christian Precht in the Cosmaekirche in Stade. This instrument established his preeminent reputation. Today the organ can be found in Cappel (near Bremerhaven).

Presentation of an organ in Schnitger's style on the gallery in front of the Schnitger case in Golzwarden. 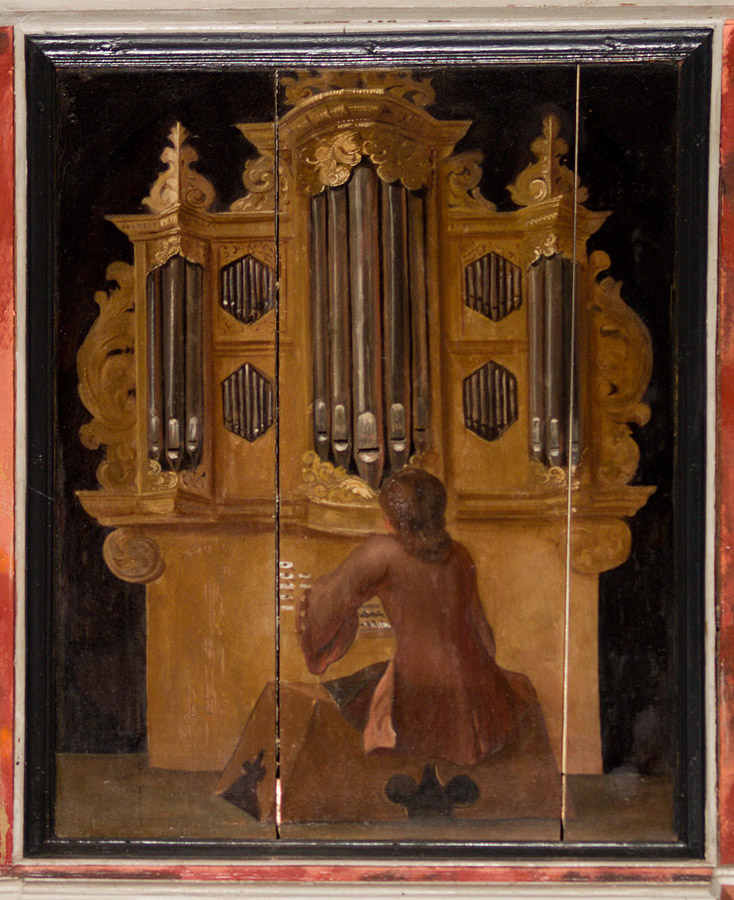 He subsequently received his largest commission, which was and still is unique: in Hamburg’s church of St. Nicolai , a new organ with 67 stops, 4 manuals and pedal, containing over 4000 pipes, of which the heaviest weighed more than 860 pounds. It was built between 1682 and 1687.

This instrument was the largest known organ in its time and was admired by the organ world. The most important organists of the time, Dieterich Buxtehude and Johann Sebastian Bach, got to know and value the “exceptional organ”.

The instrument fell victim to the great fire of Hamburg in 1842.

Schnitger moved his workshop from Stade to Hamburg for this commission. He obtained citizenship in Hamburg and only returned to his previous base in exceptional cases. Already Schnitger’s organ works were being carried out by independently working journeymen.

In 1684, Schnitger married Gertrud Otte, the daughter of a merchant from Hamburg. He acquired a town house in Hamburg and a farmhouse in Neuenfelde, which is now known as the “organ builder’s farm”. The marriage produced two daughters and four sons. The family obtained a personal loge in the church in Neuenfelde, which carries the master’s coat of arms to this day. 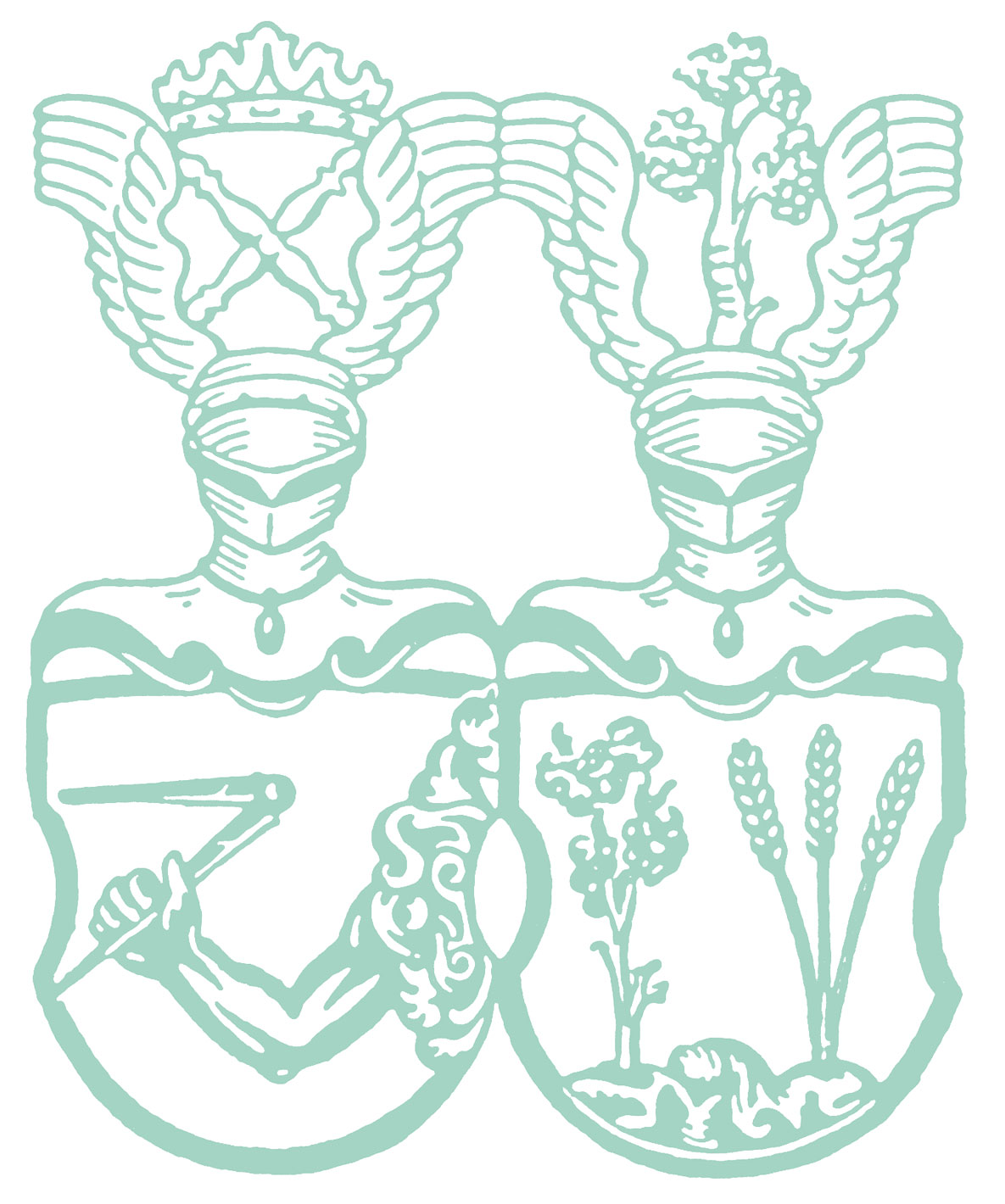 The compasses, symbol of the organ builders, can be clearly recognised. Two tuning cones have been added to the helmet’s decorations; these were used to tune organ pipes. The flowers and wheat ears in the coat of arms of Schnitger’s wife Gertrud Otte refer to their farm (see Gustav Fock, 1974). The top of Schnitger’s crest is closed by the Swedish crown, to indicate that the Altes Land to the Southwest of Hamburg, an area still known for its fruit orchards, was Swedish territory at the time. The tree in Gertrude Oppen’s crest also refers to the Altes Land.

It can be concluded from the large number of building projects by Schnitger that he must have employed many people. 50 journeymen have been identified by name by the Schnitger researcher Gustav Fock. Many written sources have been lost or still have to be analysed. In any case, it is fair to say that Schnitger was not just a brilliant organ builder, but also a far-sighted businessman who planned his work meticulously. Thanks to his system of networked workshops, master journeymen could be commissioned to lead building projects independently in different locations.

The main regions where Arp Schnitger was active were the Swedish ruled duchies of Bremen and Verden, together with Stade and the Altes Land, the Danish ruled duchy of Oldenburg, East Frisia, the city and province of Groningen, the cities of Hamburg, Bremen, Lübeck, Magdeburg and Berlin, as well as the Danish territory of Schleswig-Holstein. In addition, organs were exported to England, Portugal, Spain and Russia.

Schnitger obtained the organ building privileges for large parts of northern Germany. As a condition for receiving these privileges, he built the Lamberti organ in Oldenburg at half price. He also designed the instruments for Altona and the Bremen Cathedral (linked to Danish and Swedish privileges) at an unusually low price. These sacrifices paid off later for his business. However, he took on responsibilities as well: financially disadvantaged parishes, especially those in his homeland of Oldenburg, could count on special conditions from the master, who sometimes even worked at cost price. He was always aware that he worked for a higher glory. In contracts or documents, he often added “Soli Deo Gloria” or similar expressions.

In the last years of his life, Schnitger came into direct contact with the Prussian court. He was named court organ builder in 1708. Several documents he filed because of missing payments have been found. Unfortunately, the fully intact organ in the chapel of Schloss Charlottenburg was lost in the Second World War. Schnitger was very attached to his works. He regularly went on inspection journeys in his later years, and called the church authorities’ attention to damages and essential repairs.

His wife Gertrud (1707) and his eldest sons died young. The extent of his workshop’s activities was slightly reduced after 1710. This could be due to master journeymen starting their own businesses, keeping many commissions for themselves. The tradition of Schnitger’s art of organ building was continued for a long time in the the North Sea and Baltic coastal regions. Schnitger’s workshop in Groningen was active until 1863.

In 1713, Schnitger married Anna Elisabeth Koch from Abbehausen in Oldenburg. A burdensome journey to Zwolle in december 1718 to negotiate a new organ for the main church badly affected Arp Schnitger’s health. He died the next year and was buried in the church of Neuenfeld on 28 July.